Brestovská Cave is the first cave in Orava and the West Tatras that was opened to the public. It represents a large part of an underground hydrological system. Its bottom includes a riverbed with an active watercourse with seven siphons. The guided tour is 434 metres long and it has 240 steps. Only kids older than 6 years are allowed to enter the cave, due to its steep staircases. A helmet with a headlamp is mandatory equipment – it is provided by cave employees. The
temperature in the cave is 4-6°C. The cave is situated opposite the Museum of Orava Village in Zuberec near the amphitheatre.

Brestovská Cave has been made available to visitors since September 2016. 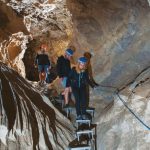 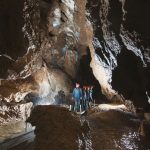